Artwork of the Day: Starship Super Heavy at Its Orbital Launch Site... 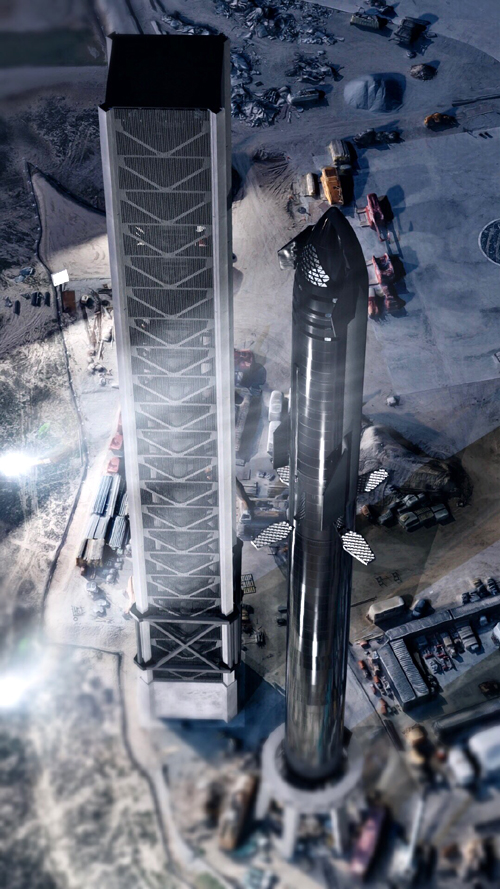 Just thought I'd share this amazing illustration depicting the Starship Super Heavy rocket atop its pad at the Orbital Launch Site (OLS) in Starbase, Texas. This rendering comes courtesy of Erc X, in collaboration with Spaceport3D. As of right now, SpaceX is hard at work getting prepared for the first orbital flight test of Starship—which is set to take place before the end of this year. Engineers are currently building the launch tower at the OLS, while construction continues on Starship Serial No. 20 (SN20) and the Super Heavy BN3 rocket that will embark on the highly-anticipated demonstration. The orbital flight test will be a 90-minute-long journey in low-Earth orbit that will end with SN20 conducting a powered descent into the Pacific Ocean 100 kilometers (62 miles) off the coast of Kauai in Hawaii. Super Heavy BN3 itself will conduct its own water landing in the Gulf of Mexico...at a splashdown site 20 kilometers (12 miles) off the coast of Texas.

SpaceX continues to move full-steam ahead in its bid to land astronauts on the Moon aboard a Lunar Starship in 2024, even though its contract with NASA is currently on hold as the U.S. Congress continues to debate how it will provide additional funding for a second Human Landing System (which would be built by either Dynetics or Blue Origin) in the Artemis program. SpaceX's HLS contract is currently protected by law no matter the outcome.
Posted by Richard Par at 6:35 PM