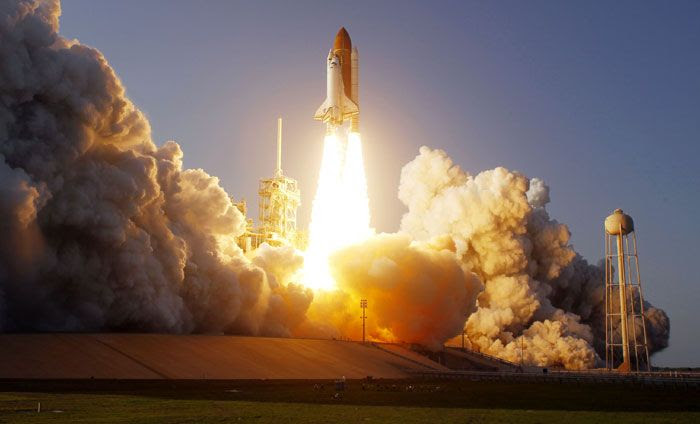 DISCOVERY’S SWAN SONG... At 1:53 PM, Pacific Standard Time today, space shuttle Discovery lifted off from Kennedy Space Center (KSC) in Florida on her final voyage to the International Space Station (ISS). Discovery will dock with the ISS this Saturday, February 26, and undock on March 5 before returning to KSC on March 7. Eventually, the orbiter will be moved to her final home at the Smithsonian National Air and Space Museum’s Udvar-Hazy Center in Virginia.

Below are several photos of Discovery when she was constructed at Rockwell International (now Boeing) in Palmdale, California during the early 1980s. The images are courtesy of Space.com.