Photos of the Day: Welcome Aboard the ISS, Bob and Doug! 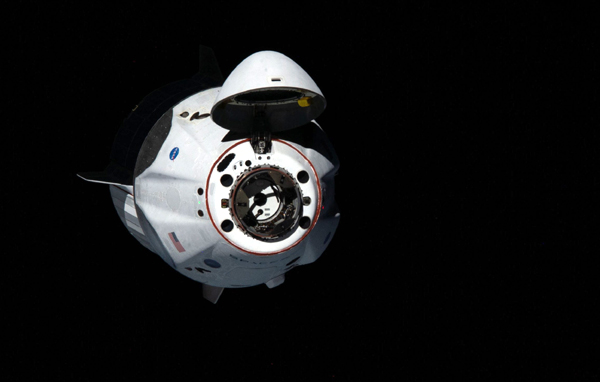 Yesterday morning, SpaceX's Endeavour capsule safely arrived at the International Space Station (ISS) orbiting 250 miles above the Earth...completing a 19-hour journey for NASA astronauts Doug Hurley and Bob Behnken that began with a historic launch aboard a Falcon 9 rocket from Florida Saturday afternoon. Docking took place at 7:16 AM, Pacific Daylight Time (10:16 AM, Eastern Daylight Time). Here are photos of Endeavour just as she approached the docking port at the front of the station's Harmony module—along with a picture from the welcoming ceremony conducted by Expedition 63 crew members Chris Cassidy, Anatoly Ivanishin and Ivan Vagner aboard the ISS. NASA has not yet determined just how long Hurley and Behnken will remain on the orbital outpost before they return to Earth.

But one thing is certain: Hurley and Behnken will be bringing home with them the American flag that was placed on Harmony's docking hatch by Hurley himself during the final space shuttle mission almost 9 years earlier. SpaceX—which had been in competition with Boeing's Starliner program for over half a decade to achieve this special moment—has succeeded in capturing the flag! 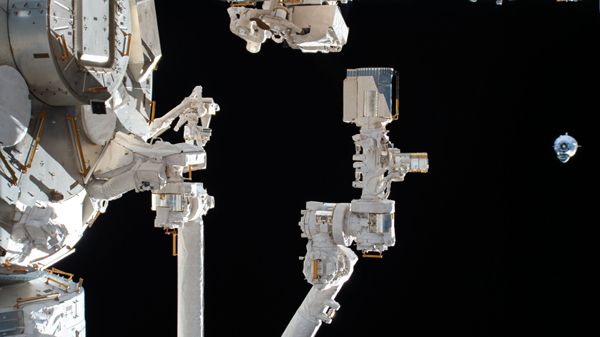 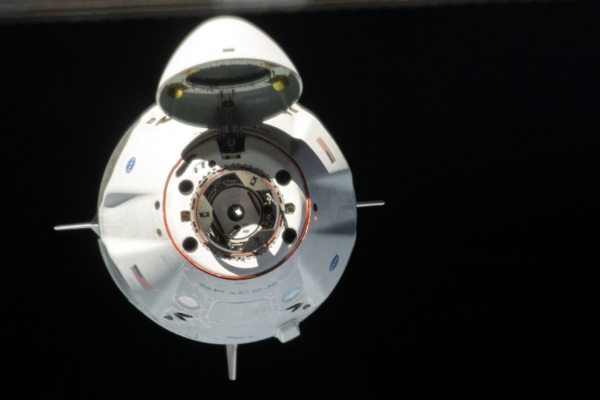 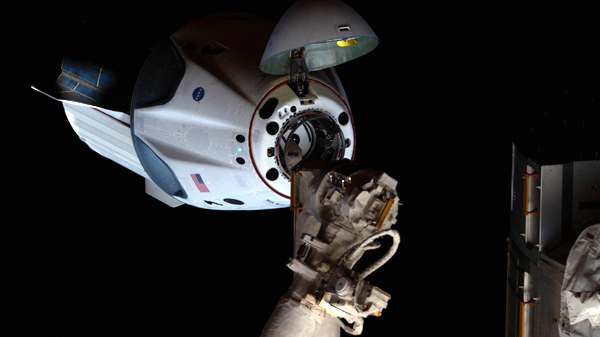 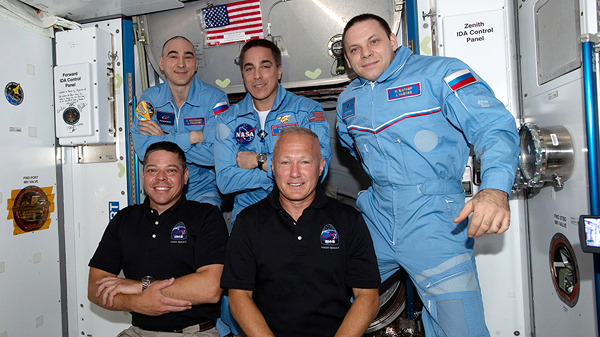 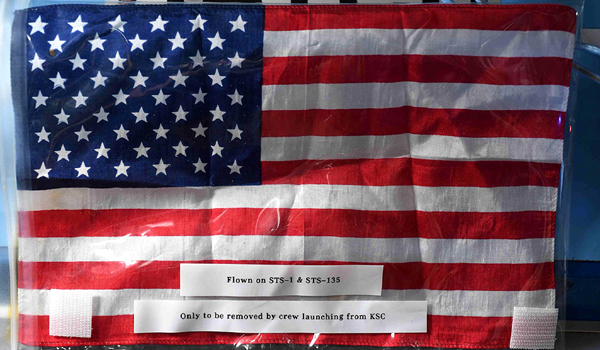